Insights Into The Blockchain Technology 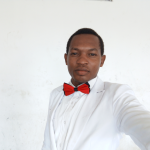 To understand more about Cryptocurrency check the previous article. Blockchain technology is not an app even though we have an app called Blockchain or the website  It’s also not a company, Blockchain takes the name from how it works and the manner it stores data. A block is a record of any transaction in the network. Upon completion and verification, it’s added to a chain. This technology does not allow copying of data but distribution the data can only have one owner.

Blockchain is a distributed database; it is a peer to peer ledger which each has a point of authority which is equal in nature for everyone. It is a registry and storage of transaction in which each participant has a complete version of the database. Each individual has an insight into the various transaction taking place at any given time in the network. This is one of the unique characteristics of the Blockchain technology; transparency.

Every transaction is declared valid only upon verification from the majority. It has to be cleared by the majority of participants in the network. Blockchain in simple terms would mean a transfer of valuable items or currency across participants. This means that data in Blockchain can be in any form or take any form, from the transfer of money, ownership an agreement between two parties. That’s why the Blockchain technology is used so much in Cryptocurrency.

Blockchain is the technology behind Bitcoin. Many people think Blockchain is Bitcoin. Bitcoin is not Blockchain. Bitcoin is the application of Blockchain technology. Blockchain is currently applied in various places including in the health centres. Blockchain takes off the need for a middle man in any place that requires the middle man, for instance, incorporating the use of Cryptocurrency as a way of paying for a vehicle purchased by some can get his vehicle shipped from the manufacturer to him without requiring a bank or any other person. Blockchain has its transactions faster and instant.

Blockchain technology is highly supported by the number of users. Unlike banks for instance where decisions are made by an individual or the highest-ranked persons, Blockchain network has a flat rank in that anyone and everyone is equal in the network; it has no hierarchy. It is these same people who make the system decentralized.

Blockchain technology is indeed a huge revolution do you agree or disagree kindly share your thoughts in the comment section.

check out my previous article about Cryptocurrency HERE.

I am from Kenya a Member of Luminaries of Loveworld Nation. Being a Christian young leader am always inspired to make an impact in the lives of young people online. I am enthusiastic to see technology transforming lives of this young people. Over the years as a blogger I have reached out to young people on my various social media accounts and blogs a big number of them giving their lives to Christ (born again). I believe in the young people, I believe in their future.

Tips On How to Build Your Personal Brand On LinkedIn

6 Online Platforms to Grow Your Career and Skills