Research has shown that over 95% of the world’s population has health problems with over a third having more than five ailments (sciencedaily.com).

This leaves us with a vital question:

Is life without sickness a possibility?

Can someone live without ever having to take pain med, antibacterial drugs or even anti fungal drugs or any other type of drugs?

Now this would most likely come as a shock to you, but the answer is yes. It is possible! And I don’t mean when we get to heaven in the sweet by and by. It’s a possibility even here on earth.

Now you probably have never heard what I just said before now. So just before you switch off, hang on a little bit more. You’ll love this!

Alright, now let’s see just a bit of history. When the first man, Adam was created, he never fell ill, he never had any disease and neither did he suffer any abnormality. He lived day in and out without sickness despite his busy schedule of taking care of the garden (Eden). This was the original plan of God for man.

Now this was when sickness, disease, pain and infirmities came, as a result of that act of sin. They came to ensure that man dies as a consequence of his sin.

Truth is that sickness came as a means to an end – death.

No sickness makes one healthier, instead every sickness in the long run, draws a man closer to his grave in fulfillment of that law that the soul that sins shall die. (Romans 3:23)

Sadly, the consequence of the sin of Adam (death) did not end with him. Rather it is inherited by anyone who is born of the seed of man (sperm); which in essence, include all the offspring of Adam (even to this day – 21st century). (Romans 3:23)

It’s important to remember that the sin being referred to here is not your individual sin per se, rather it’s the sin of disobedience committed by Adam, and hence the bible says that by one man (Adam), death ruled but by one man (Jesus), life ruled. (Romans 5:17)

So every human born of the seed of a man was automatically destined for death as a direct result of the sin committed by Adam. (Romans 6:23)

Sickness therefore is a tool or a means or an agent that ensures this law of death is carried out.

In other words, the aim of sickness is nothing short of bringing a man closer to his grave so that the law of death would be fulfilled in his or her life.

This is still the reason why people fall sick even in today’s world.

I hope you get the picture now.

But before you lose hope already, it would interest you to know that God in his infinite mercies has already offered a solution to the universal problem which billions of people still suffer.

From the paragraphs above, you would easily find out that sickness and diseases came as a direct result of sin. That is to say that sickness and ultimately death was a wage or payment which must be given to every man guilty of sin. And by God’s law, this includes every man. (Romans 6:23)

Therefore, in order to bring a solution, God had to deal with the problem of sin first of all.  That is to say that God had to pay the price, take the penalty and wage of sin which is death.

But for God to do that, he had to use someone who was not guilty of sin. And remember that every man or woman born of the seed of man (sperm) is guilty of the sin of Adam and should face the death penalty. (Romans 3:23)

This is where it gets interesting guys!

This would take a miracle to happen. God had to bypass the natural means of reproduction which is through fertilization of the woman’s egg by the man’s sperm, which would have still produced a man guilty of the sin of Adam if God hadn’t done it this way.

I don’t know if you believe in miracles but there have been incessant instances of when medical science has failed to provide an explanation for different medical miracles that want of space would not permit me to outline here. This, guys is one of such medical miracles.

God made the woman (Mary) who was a virgin at that time to conceive without the seed of man (sperm). (Matthew 1:23)

This is a miracle guys! It has no medical explanation yet historical records hold this event as true.

This way, the new-born Jesus was born sin free.  Hence he was qualified to pay for the price of the sins of others since he himself was not guilty of the same offence.

He did this so that whosoever believes in him should not die anymore but should have a life without sickness and diseases. (John 3:16)

Now this is no religious talk guys, it’s as real as it is practical.

Here’s what happens guys, when a man believes in Jesus, that he paid the price for sin in full by death on the cross, the payment for sin which Jesus paid, is inputted into the account of that man that believes in Jesus.

Now this is the only way a man can live without sickness, disease, illnesses or infirmities.

And subsequently, receive Jesus into his life as his personal Lord and savior. By proclaiming this with your mouth and believing it with your heart. (Romans 10:9)

When this happens, the payment that Jesus paid for sin on the cross is inputted into this man’s account and he becomes free from sickness and diseases.

It is very simple right?

Exactly! It’s actually that simple. Remember that all you did to become guilty of sin was just to be born of your parents. That was all that was required for you to be a sinner.  Now why do you think you should do so much more to become a justified man? Discharged and acquitted?

So that’s the bottom line guys, if you want to start living this life that is free of sin,  death, sickness and diseases, all you need to do is to say the prayer below:

“Dear Lord God, I believe with all my heart in Jesus Christ, the son of the living God.  I believe he died for me and God raised him from the dead.  I believe he is alive today. I confess with my mouth that Jesus Christ is the lord of my life from today.  Through him and in his name, I have eternal life; I am born again.  Thank you Lord, for saving my soul!  I am a child of God.  Hallelujah!”

Congratulations! You now have eternal life, the life of God that is free of diseases, infection and any other health abnormalities.

If you would like to learn more about the life you just received and to know more about Jesus, kindly contact any Christ Embassy Church around you via these numbers:

Feel free to drop your questions and comments in the comment section. 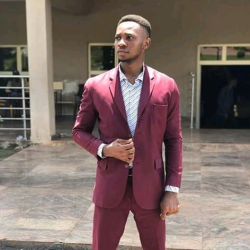 Wills_Grand
A final year medical student at the University of Nigeria. A fitness coach and a music director.

Latest posts by Wills_Grand (see all)

A final year medical student at the University of Nigeria. A fitness coach and a music director.

You may have missed